Morphology is the branch of biological science that deals with the study of form, size, colour, structure and relative position of various parts of organisms. 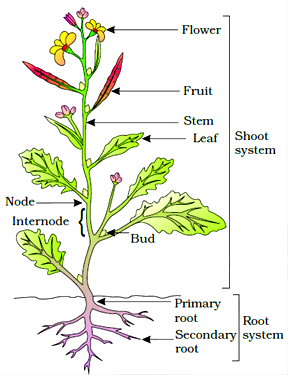 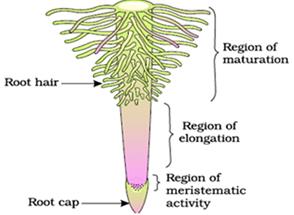 Modification of roots- Roots are modified for storage, nitrogen fixation, aeration and support. 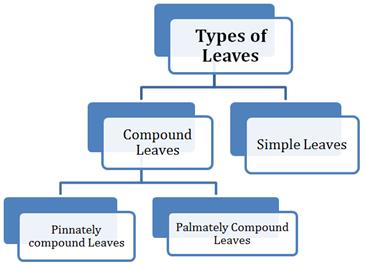 The arrangement of flowers on the floral axis is termed as inflorescence. Two main types of inflorescence are racemose and cymose.

Calyx is the outermost whorl of the flower; its members are called sepals. They are generally green and leafy; protect the flower in bud stage. It may be gamosepalous (sepals united) or polysepalous (sepals free).

Corolla consists of petals, brightly coloured to attract the insects for pollination. They may be gamopetalous or polypetalous. 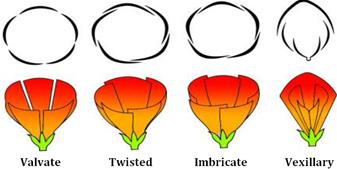 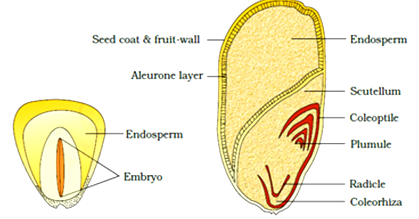 The plant is described beginning with its habit, vegetative characters – roots, stem and leaves and then floral characters inflorescence and flower parts.

The floral formula is represented by some symbols. In the floral formula, Br stands for bracteate K stands for calyx , C for corolla, P for perianth, A for androecium and G for Gynoecium. Fusion is indicated by enclosing the figure within bracket and adhesion by a line drawn above the symbols of the floral parts.

Economic importancePlants belonging to this family are sources of pulses like Gram, Arhar, Bean. Pea etc. and edible oils like groundnut, soybean, etc.

Many of them are source of food (potato, tomato, Brinjal etc.), spices (Chilli) etc.