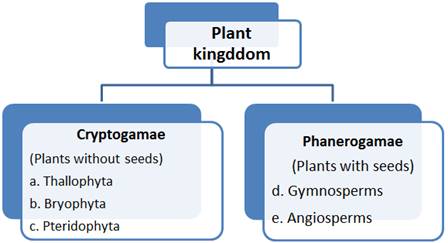 Algae: These include the simplest plants which possess undifferentiated or thallus like forms, reproductive organs single celled called gametangia. It includes only Algae.

Bryophytes – They are non-vascular mosses and liverworts that grow in moist shady region. They are called amphibians of plants kingdom because these plants live on soil but dependent on water for sexual reproduction. 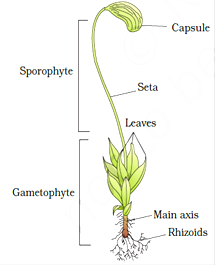 Angiosperms are further classified into: