Anatomy is the study of internal structure of organism. Study of plant anatomy includes histology- study of organization and structure of tissues. Anatomy helps in knowing the structural peculiarities of different group of plants and indicates the structural adaptation to diverse environments.

A group of cells having a common origin and usually performing common function are called tissues. 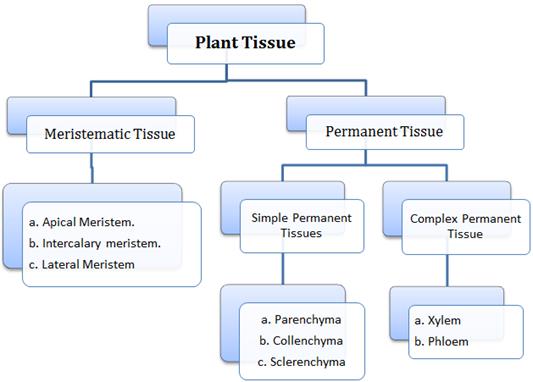 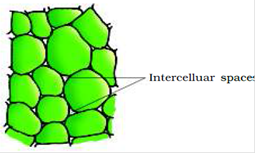 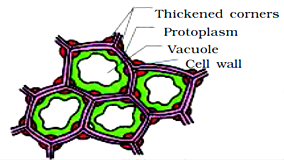 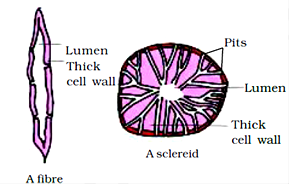 Complex Tissues– Xylem and phloem constitute the complex tissues in plants and work together as a unit.

SECONDARY GROWTHThe increase in girth of a plant body is called secondary growth. The tissues involved in secondary growth are: vascular cambium and cork cambium.Vascular Cambium: In case of young stem vascular cambium is present in patches as a single layer between the xylem and phloem. It forms a complete ring at a later stage. Activity of the Cambial Ring: